// How A Void Of Course Moon Affects Us | Clarity One

A few people have asked me what the deal is with Void of Course Moon phases, how they can affect us and what we can do, or refrain from doing, during these brief times. We already know that the Moon can affect us on an emotional level, and how they affect us depends on what sign they are in.
A Void of Course Moon is when the Moon is in the process of moving between two zodiac signs, or in the Void. In the Void, the Moon is not quite sure how it feels just yet. And since the Moon rules our emotions, we don’t know how we feel either! We may feel a bit lost, run down, out of sorts or confused. The effects can last from a few seconds to a day or two.

So what does this mean for us? Well, the same way our emotions are tied to the Void, so too are the things we wish to start. Those new starts and tasks, without the zodiac influence of the Moon, can feel like they too have been left in the Void, stagnant and unsure about which way to begin. It is also believed that any activities that we start during a Void of Course Moon will lack the foundation, stability, and guidance to get going causing them to drift, face delays and false starts, face unexpected hassles, break down or never reaching that stage of completion.

What to avoid during a Void of Course Moon

With energy feeling off balance, it isn’t a good time for making major decisions or doing anything based on emotional decisions because our perceptions are a bit out of whack. So starting something new, making major decisions or purchased, signing contracts and overall planning, asking for favours, selling something like a house, buying something expensive like a home or new car, starting a job search or applying for a job, making announcements of importance, and starting relationships (some believe it is an ill omen to marry during a Void of Course Moon).
Here is a basic rule to keep in mind when dealing with anything big during a Void of Course Moon: If you are trying to make something happen and want it to be a success, avoid the Void!

It isn’t all negative though. There are some benefits we gain during these Void times. For example, its the best time for taking a break, kicking back and relaxing and pretty much doing anything that doesn’t really need too much of our attention or energy. Some say they sleep much better during these Void periods and intuition is ramped up a few notches. Things like meditation, doing all of those routine tasks like ironing or de-cluttering are good things to tackle. Just think, relaxing tasks or doing tasks that I call “painting the fence” tasks…things that you can do and allow your mind to drift. It can be a good time for socializing and traveling if someone else is taking over the driving aspect of the trip.

If there is something that you do not want to happen, acting during the Void of Course Moon can help. Here is an example: You have been avoiding some conflict with another but know that you will eventually have to meet up. Try planning it during a Void of Course. There is a good chance plans will fall through. Meetings at this time are good if you don’t want anything to come out of it, such as dealing with a complaint or dealing with someone who is threatening legal action, or even that nerve-racking appointment with your boss.

Checking to see what periods the Moon will be Void of Course can help you not only plan efficiently and help you to avoid the disappointment of plans not coming to fruition. 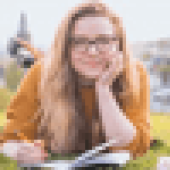